President Barack Obama greets justices of the Supreme Court after he arrived for the President Inaugural Ceremony on Capitol Hill January 20, 2017 in Washington, DC. Donald Trump became the 45th President of the United States in the ceremony. 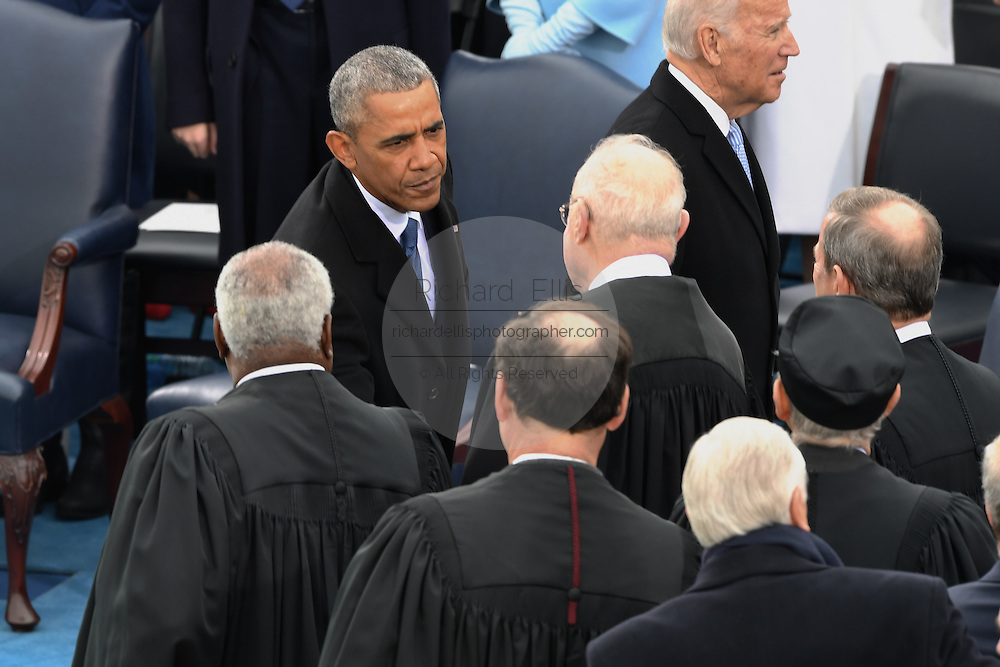