Swayambhunath is an ancient religious complex atop a hill in the Kathmandu Valley, west of Kathmandu city. It is one of the most sacred Buddhist sites in Nepal, second only to the great Boudhanath stupa to the east of Kathmandu, and a major tourist attraction. Much of Swayambhunath's iconography comes from the Vajrayana tradition of Tibetan Buddhism. However, the complex is also an important site for Buddhists of many schools, and is also revered by Hindus. Swayambhunath is also known as the Monkey Temple as there are holy monkeys living in parts of the temple in the north-west. They are holy because Majusri, the bodhisattva of wisdom and learning was raising the hill which the Swayambhunath Temple stands on. He was supposed to leave his hair short but he made it grow long and head lice grew. It is said that the head lice had transformed into these monkeys. The Swayambhunath complex consists of a stupa, a variety of shrines and temples, a museum, library and also has Buddha's eyes and eyebrows painted on. In betweeen them, there there is something painted which looks like the nose, but it isn't the nose - it is the Nepali symbol of "unity" in the main Nepali language dialect. There are also shops, restaurants and hostels. The site has two access points: a long stairway, claimed as having 365 steps, leading directly to the main platform of the temple, which is from the top of the hill to the east and a car road around the hill from the south leading to the southwest entrance. The first that you will see once you have reached the top of the stairway is the Vajra. It is an object which looks like a three-dimensional infiny sign, is something important to the religion of Vajrayana Buddhism, symbolizing the perfection of wisdom. 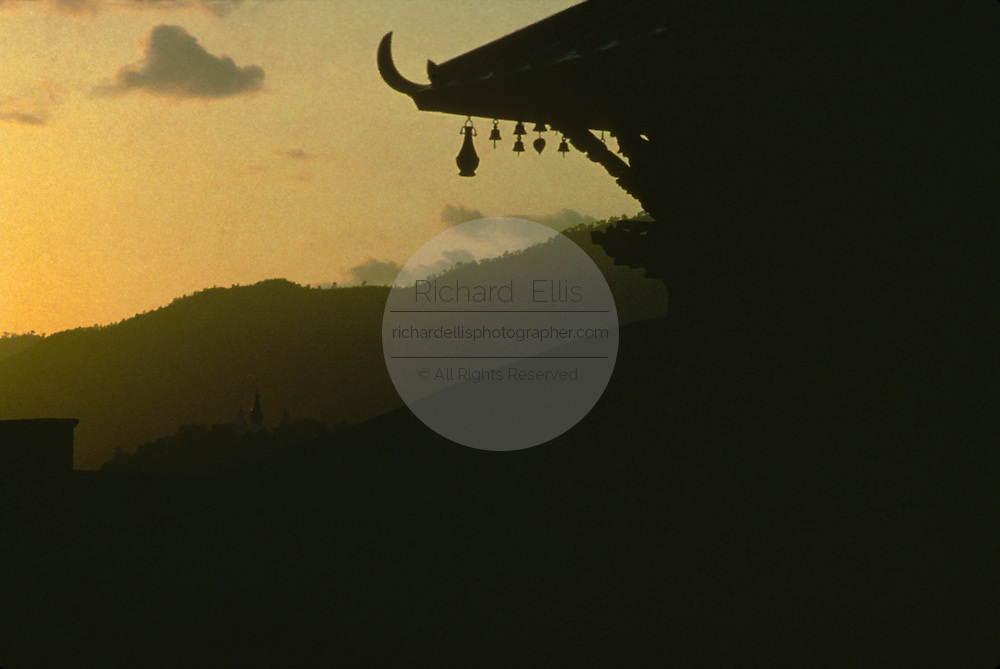