The Dancing House (Czech: Tanc?ící du?m) is the nickname given to the Nationale-Nederlanden building in downtown Prague, Czech Republic at Ras?ínovo nábr?ez?í 80, 120 00 Praha 2. It was designed by Croatian-born Czech architect Vlado Milunic´ in co-operation with Canadian architect Frank Gehry on a vacant riverfront plot The very non-traditional design was controversial at the time. Czech president Václav Havel, who lived for decades next to the site, had supported it, hoping that the building would become a center of cultural activity...Originally named Fred and Ginger (after Fred Astaire and Ginger Rogers - the house vaguely resembles a pair of dancers) the house stands out among the Neo-Baroque, Neo-Gothic and Art Nouveau buildings for which Prague is famous. Others have nicknamed it "Drunk House". 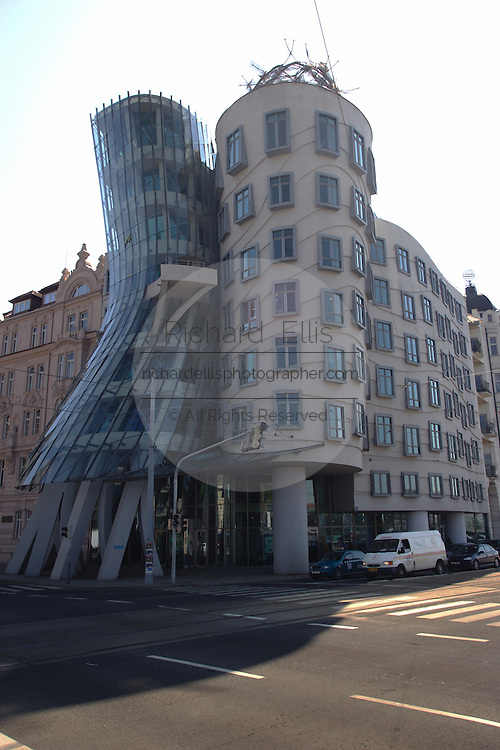