Hundreds and thousands of devotees and Hindu holy men are taking part in the largest religious congregation of the world on the banks of Sangam, the confluence of the rivers Ganges, Yamuna and the mythical Saraswati, during the Ardh Kumb Mela (fair) which lasts 45 days and commemorates a mythical battle between gods and demons over a pitcher of the nectar of immortality.....Kumbh Mela is a mass Hindu pilgrimage. It occurs four times every twelve years and rotates among four locations: Allahabad (Prayag), Haridwar, Ujjain and Nashik. Every twelve-year cycle includes one Maha Kumbh Mela (Great Kumbh Mela) at Prayag, which is attended around 60 million people, making it the largest gathering anywhere in the world. 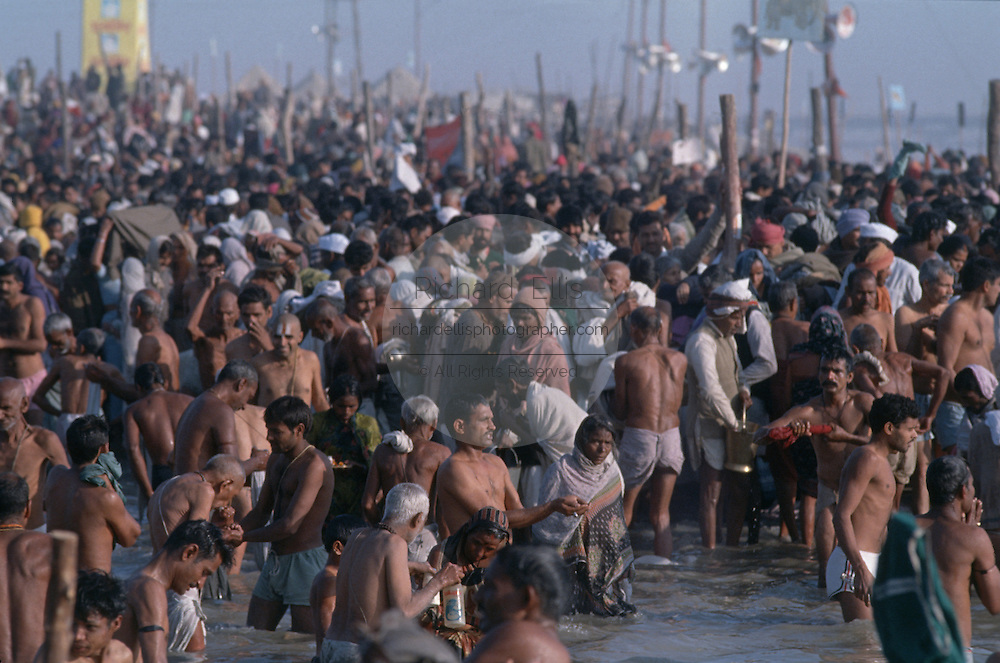