Family members of those killed in the Mother Emanuel African Methodist Episcopal Church shooting join in song during a memorial service marking the 2nd anniversary of the mass shooting June 17, 2017 in Charleston, South Carolina. Nine members of the historic African-American church were gunned down by a white supremacist during bible study on June 17, 2015. 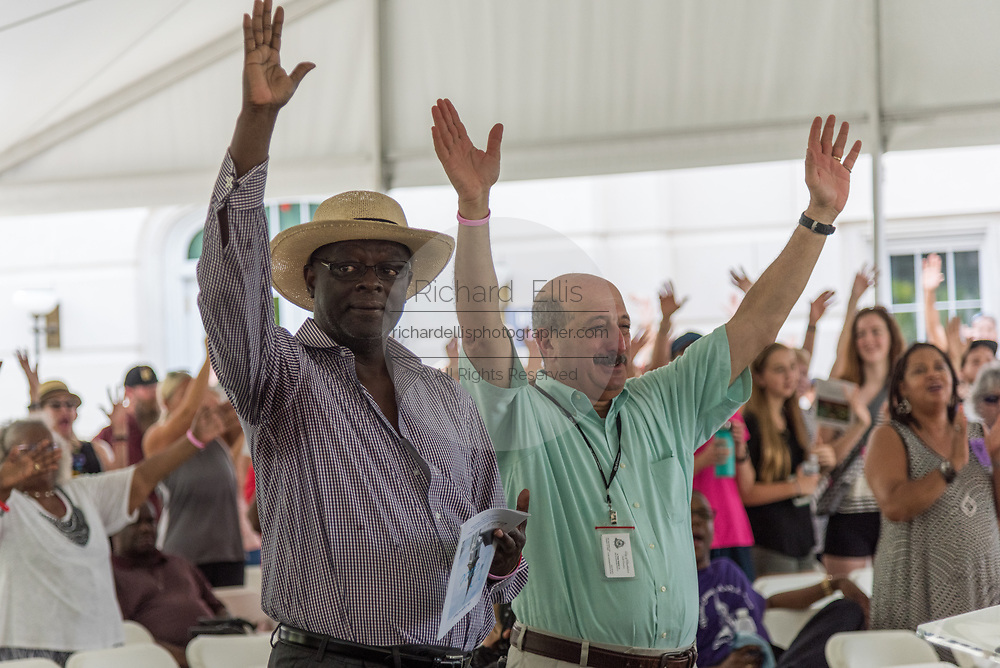