Chase-Lloyd House, a historic home on Maryland Street in Annapolis, Maryland. Build by Samuel Chase, signer of the Declaration of Independence.....The structure, one of the first three-story Georgian townhouses erected in the American Colonies, ranks among the finest of its type in the United States and is one of the major attractions in Colonial Annapolis Historic District. The house rises three full stories over a high basement. Two massive interior chimneys protrude through the broad, low, hip-on-hip roof. The brick walls are laid in Flemish bond and adorned by belt courses of rubbed brick at the second- and third-floor levels. An enriched cornice embellishes the roofline. At the front, or east, facade the axial line features a tall, projecting central pavilion and entranceway, an arched window on the third floor, and crowning pediment with a small bull's-eye window. 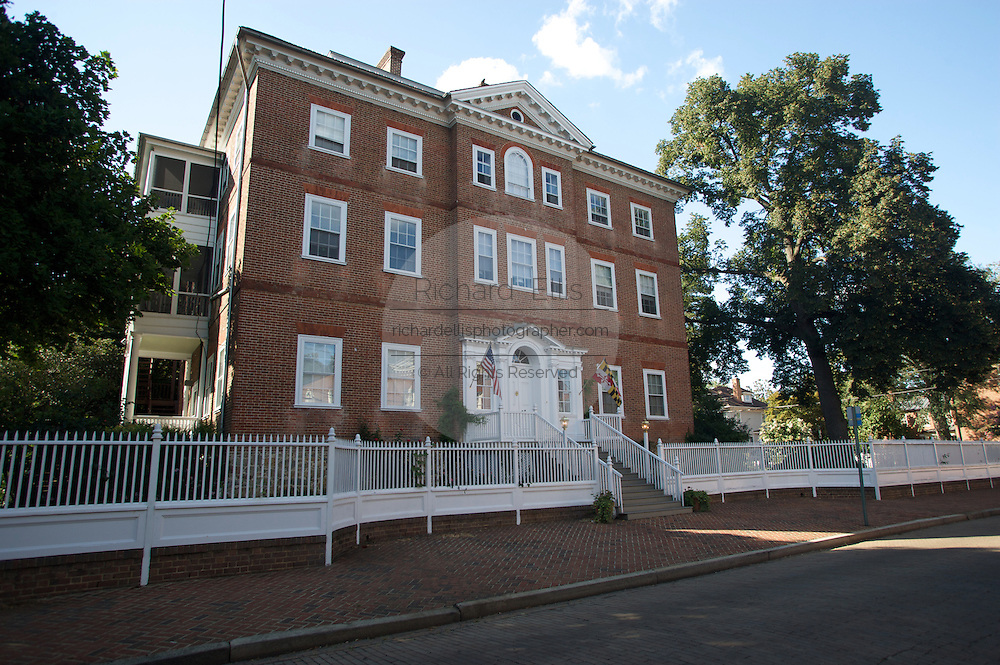