Boudhanath (also called Bouddhanath, Bodhnath or Baudhanath or the Kh?sa Caitya) is one of the holiest Buddhist sites in Bouddha, Nepal. It is known as Kh?sti by Newars as Bauddha or Bodh-n?th by modern speakers of Nepali. Located about 11 km (7 miles) from the center and northeastern outskirts of Kathmandu, the stupa's massive mandala makes it one of the largest spherical stupas in Nepal.....The Buddhist stupa of Boudhanath dominates the skyline. The ancient Stupa is one of the largest in the world. The influx of large populations of Tibetan refugees from China has seen the construction of over 50 Tibetan Gompas (Monasteries) around Boudhanath. As of 1979, Boudhanath is a UNESCO World Heritage Site. Along with Swayambhunath, it is one of the most popular tourist sites in the Kathmandu area...The Stupa is on the ancient trade route from Tibet which enters the Kathmandu Valley by the village of Sankhu in the northeast corner, passes by Boudnath Stupa to the ancient and smaller stupa of C?-bah? (often called 'Little Boudnath'). It then turns directly south, heading over the Bagmati river to Patan - thus bypassing the main city of Kathmandu (which was a later foundation).[3] Tibetan merchants have rested and offered prayers here for many centuries. When refugees entered Nepal from Tibet in the 1950s, many decided to live around Bouddhanath. The Stupa is said to entomb the remains of a Kasyapa sage venerable both to Buddhists and Hindus. 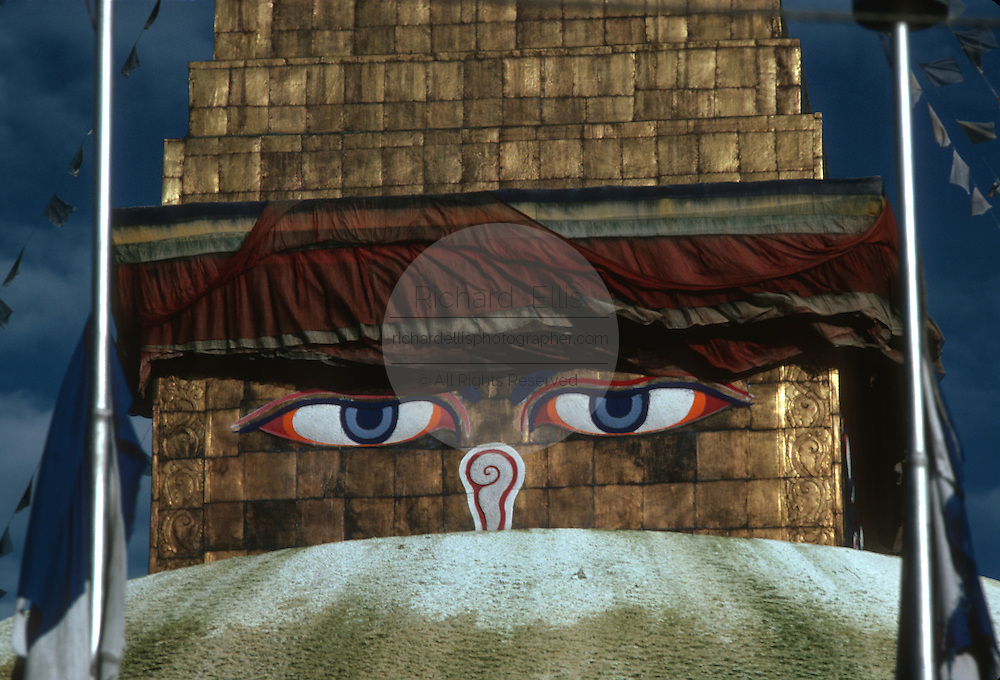