Relatives of Jaime Irigoyen Flores, a 19-year-old baseball player and law student, breakdown after they found out their son was found dead as they gathered to protest outside the gates of the Mexican Army base in Juarez, Mexico January 14, 2009. Flores was reportedly grabbed by the military from his home and found executed the neat mourning. An ongoing drug war has already claimed more than 40 people since the start of the year. More than 1600 people were killed in Juarez in 2008, making Juarez the most violent city in Mexico. (Photo by Richard Ellis) 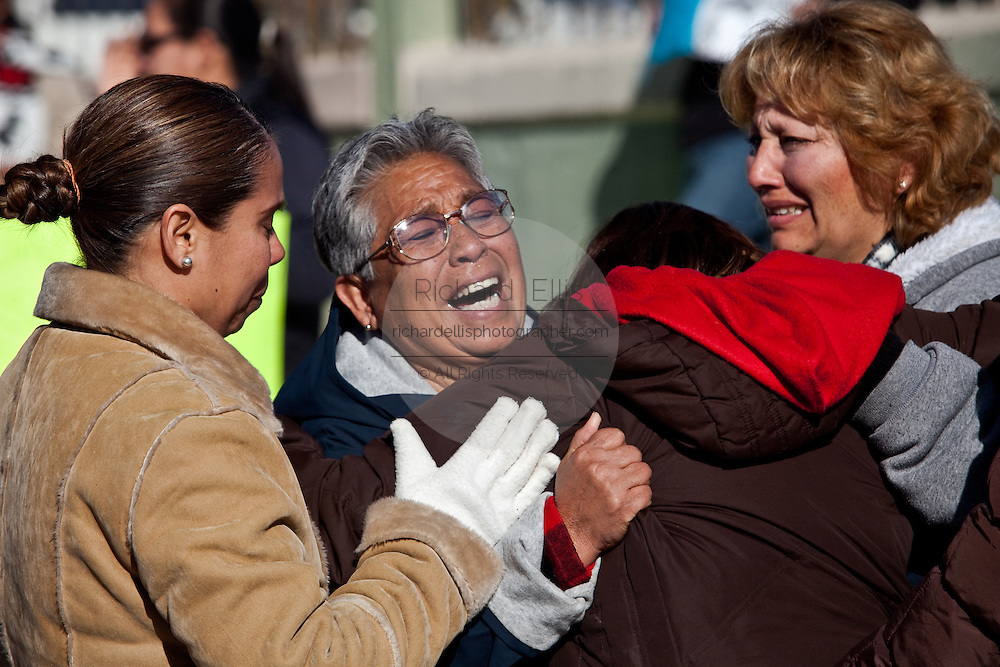