The hearse carrying slain baseball player Jaime Irigoyen, passes the team sign at the Juarez Indios baseball stadium, following a memorial service for the slain youth in Juarez, Mexico January 16, 2009. Irigoyen, 19-year-old, was reportedly grabbed by the military from his home and found executed the neat mourning. An ongoing drug war has already claimed more than 40 people since the start of the year. More than 1600 people were killed in Juarez in 2008, making Juarez the most violent city in Mexico. (Photo by Richard Ellis) 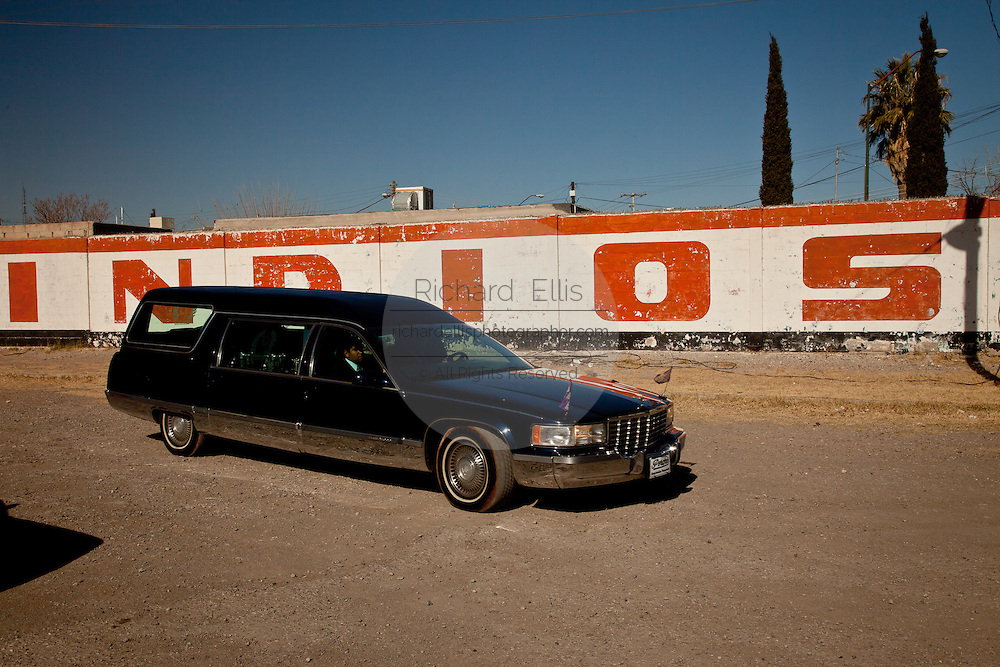