A bewildered pedestrian watches the Mexican Army respond to a assignation along a main road in Juarez, Mexico January 16, 2009 moments after armed gunman shot dead a former police officer during morning rush hour as the dead man lies behind the wheel in the red car. The shooting, believed linked to the ongoing drug war which has already claimed more than 40 people since the start of the year. More than 1600 people were killed in Juarez in 2008, making Juarez the most violent city in Mexico. (Photo by Richard Ellis) 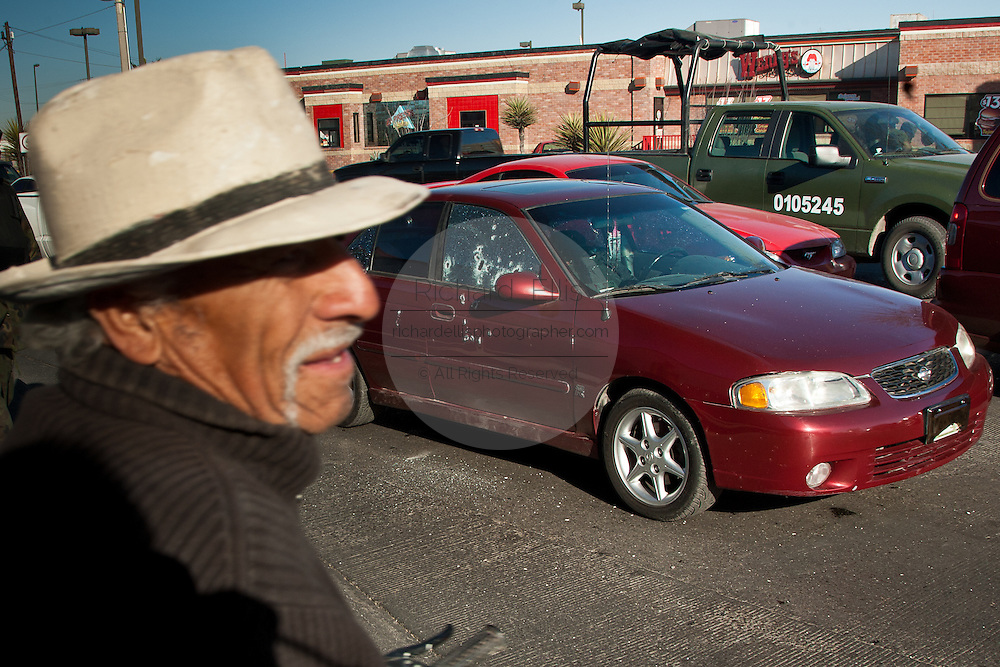