Melania Trump reaches out to her husband President-elect Donald Trump as he arrives for the 68th President Inaugural Ceremony on Capitol Hill January 20, 2017 in Washington, DC. Donald Trump became the 45th President of the United States in the ceremony. 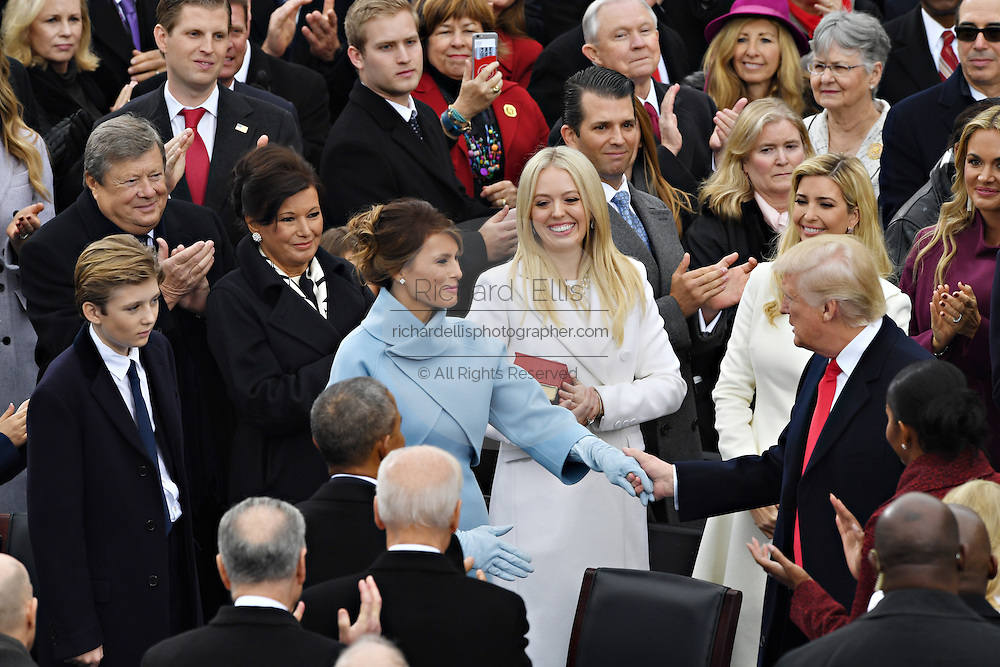