The Yamuna also called the Jamuna or Jumna is a major tributary river of the Ganges (Ganga) in northern India. With a total length of around 1,370 kilometers (851 mi), it is the largest tributary of the Ganges...Its source is at Yamunotri, in the Uttarakhand Himalaya, which is north of Haridwar in the Himalayan Mountains. It flows through the states of Delhi, Haryana and Uttar Pradesh, before merging with the Ganges at Allahabad. The cities of Delhi, Mathura and Agra lie on its banks. The major tributaries of this river are the Tons, Chambal, Betwa, and Ken; with the Tons being the largest...A heavy freight canal, known as the SYL (Sutlej-Yamuna Link), is being built westwards from near its headwaters through the Punjab region near an ancient caravan route and highlands pass to the navigable parts of the Sutlej-Indus watershed. This will connect the entire Ganges, which flows to the east coast of the subcontinent, with points west (via Pakistan). When completed, the SLY will allow shipping from India's east coast to the west coast and the Arabian sea, drastically shortening shipping distances and creating important commercial links for north-central India's large population. 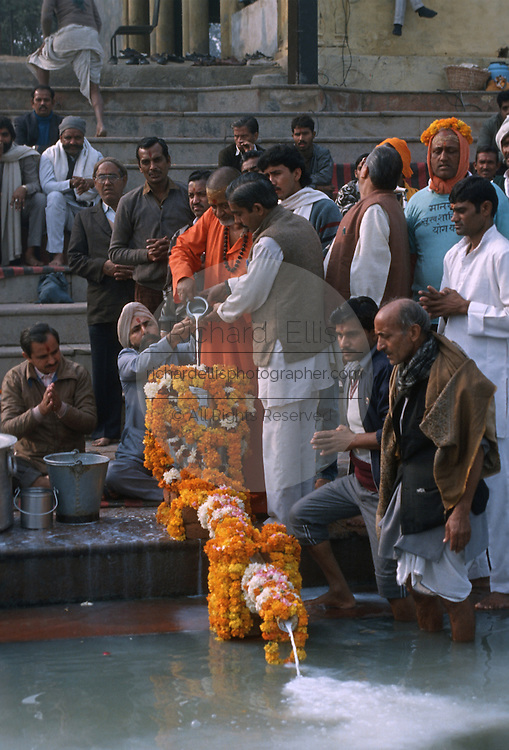